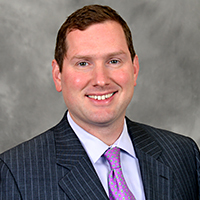 John Burkhart is the senior vice president for Hunt Oil's Engineering and Applied Technology departments. In this role John is responsible for the Drilling, Completions, Purchasing, Facilities Engineering and Health, Safety and Environmental functions within the company.

He was formerly senior vice president of the Western, Appalachian, South Texas and Gulf Coast regions, overseeing an integrated team of operations, engineering, geoscientists, land and financial analysts, with a primary focus on Hunt's activities in the Williston Basin. John's prior roles at Hunt included vice president of the South Texas and Gulf Coast region, Eagle Ford project manager, and director of strategic planning, where he oversaw Hunt's capital budgeting and strategic planning processes.

Before joining Hunt in 2007, John worked at General Motors, where he held roles in portfolio planning, corporate strategy, supplier quality engineering and was a General Motors Fellow.

He earned a bachelor's degree in mechanical engineering from Harvard University, as well as a master's degree in business administration from the Wharton School at the University of Pennsylvania, where he was a Palmer and Siebel Scholar.

Hunt Consolidated, Inc. is the flagship entity of the entire Hunt family of companies, a privately owned group of entities based in Dallas, Texas. The areas of activity of the different Hunt companies include oil and gas exploration and production, refining, LNG, power, real estate, investments, ranching and infrastructure.